On July 1st 1891 was officially opened the first bathroom and this way was established the settlement of Narechen’s baths. 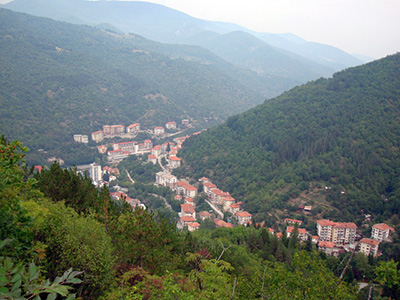 Initially, the bathroom was only visited by ill people from neighbouring villages and towns. The lack of convenient road and transport to Narechen’s baths, and the poor living conditions, long time hampered the development of the Resort. Before building a road people arrived at narrow paths winding along the river, accessible only to pedestrians and mules. However, the beneficial therapeutic action of mineral water began to attract more and more visitors from near and far regions.

An interest in the Resort was also shown by the representatives of the Plovdiv’s Permanent Committee, which contributed to its study and urbanization. In 1911 the largest of the 6 springs was captured and a new bathroom was built in the place of the old hospital and balneology in the park. Gradually comfortable roads were built connecting the village with nearby towns, water main with drinking water was implemented, the buildings were electrified, sanatoriums and villas were also built.